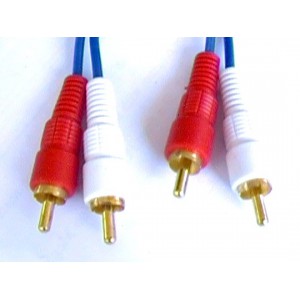 An RCA connector, sometimes called a phono connector or cinch connector, is a type of electrical connector commonly used to carry audio and video signals. The connectors are also sometimes casually referred to as A/V jacks.

As with many other connectors, the RCA has been adopted for other uses than originally intended, including as a power connector, an RF connector, and occasionally as a connector for loudspeaker cables